World of Warcraft: Battle For Azeroth

With the conclusion of BFA 8.3, just weeks ago, let’s highlight some of the highs and lows from BFA 8.3

Battle for Azeroth had mainly 3 type of content that kept everyone going. Raiding, Mythic+ & Rated PVP.

While there was no doubt Mythic+ was the fastest and most efficient way to get gear with the M15 loot spams, multiple classes found their BIS weapons and gear locked in Raids.

Thus saying that, Raiding was structured in a series of “wings” just like previous expansions and it was one of the toughest by far. With coordination in the N’zoth fight being near perfect or instant wipes.

Despite all the grind whichever route players decided to go through, one thing remained the same. It was Corruptions, it was universal for all classes while some had more of an oomph than others.

Corruptions changed the entire playstyle of WoW, we saw tanks fighting for #1 DPS spots with Twilight Devastation in Raids and Mythic+ constantly while still able to pull ridiculous numbers of trash mobs.

We saw heals being unkillable (namely Holy Pallys) due to low downtime on certain kills thanks to insufferable truth corruptions.

Lastly, we saw DPS just bringing ridiculous numbers to the table, with most average overalls being at the very least 100k per Mythic+ Dungeon.

Below, you can find our Tank Druid using Corruption to kill tanks while pulling silly damage without losing it’s tankyness. 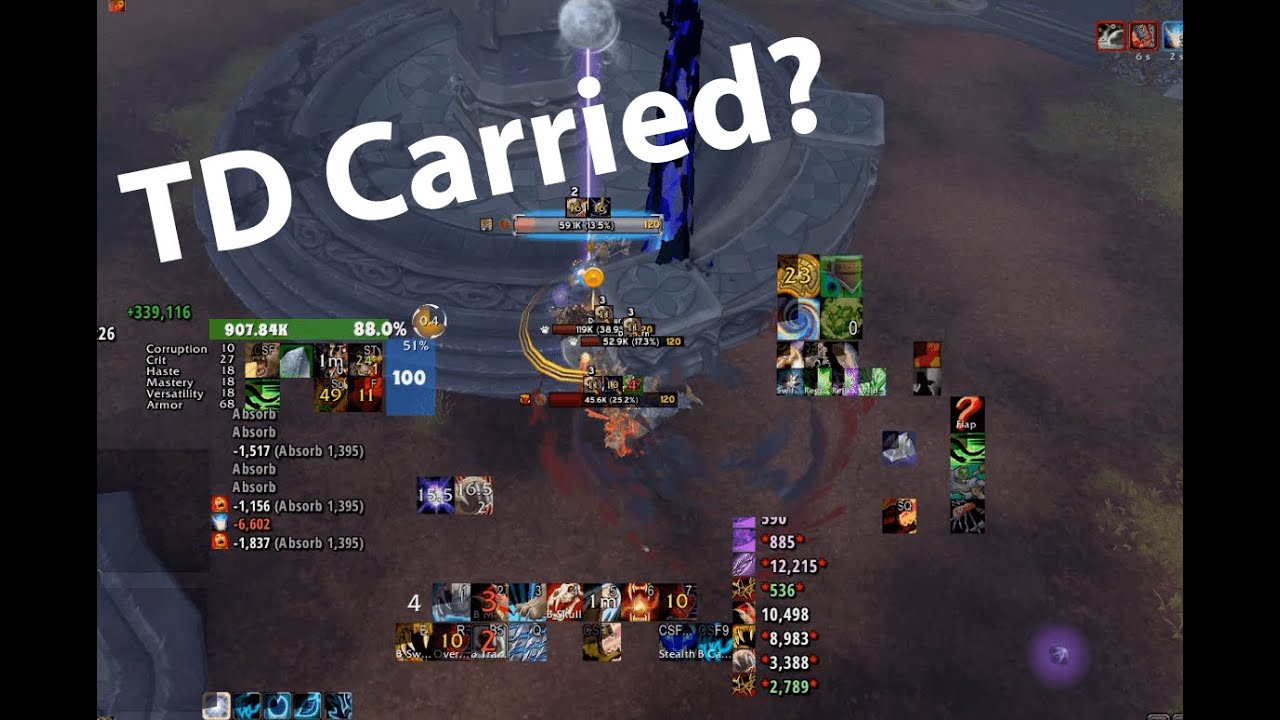 At the same time, Corruption brought the “High Risk, High Rewards” to the game.

Along with cosmetic appearances.

This was exploited constantly by players which required several hotfixes throughout 2020.

We saw videos such as Rextroy where he showcased multiple classes 1 shotting in PVP.

Despite all this, players who were geared did find it very enjoyable.

Blizzard made it “easier” as Shadowlands expansion drew closer making matts cheaper & a vendor dedicated to Corruptions with a rotation of powers.

As BFA drew to a close with Shadowlands Prepatch, all the corruption powers was effectively lost. A large proportion of the playerbase was left very dumbfounded as class balance became a major issue. We saw some classes not being effected as much while others became very unplayable, for example the Fury Warrior and Feral Druid with their Resource Management.

While at the same time, Despite making minimal efforts to fix the issues presented in Prepatch, Shadowlands power balance has shown to be more consistent than BFA 8.3.

Overall, BFA 8.3 was a 8/10 patch which could of been improved in multiple aspects such as limitations on Corruptions & a more variety of Corruptions as it was usually the “One Corruption Meta” applied for majority of the classes. Balance team definitely needs to look at numbers before any of these Borrowed Powers are implanted and we hope Shadowlands’s legendaries and Conduits goes through thorough testing or we may see the same balance power issues.