Swords of Legends Online, or simply SOLO is developed by Aurogon, Wangyuan Shengtang Entertainment Technology CO.. From the publishers of TERA online and AION, they bring us the brand new MMORPG.

Swords of Legends Online Beta will start in End of May.

Remember to join my raffle before beta starts if you haven’t gotten a key yet.

Let’s look at the history of Astral Essences

It is a collection of ancient memories borne by the souls of all living creatures. Every time Soul Qi is crated and a creature born unto it, a new Astral Essence appears on the map. Later, when this soul is reborn, the Astral Essence star map changes to reflect this change. Accordingly, every creature has it’s own Astral Essence star map, but not all of them are capable of using or multiplying their essence.

So what does this mean for players?

Players are capable of absorbing both the clear and cloudy energies of heaven and earth, transforming them into their very own Astral Essence. This process of condensing and converting energy for ones own ends is called Astral Alchemy. Players can use these condensed Astral Essences for a variety of new abilities, both passive and active to continuously get stronger.

So what does all this mean?

Essentially, you can use Astral Alchemy to convert into Astral Points, which you assign Astral Points into your Astral Essence Star Map. Astral Points are earned by levelling up. Once you reach the level of Expert, you can also earn Astral Points as a reward for defeating certain bosses for the first time.

I screwed up, Is the assignation of Astral Points Permanent?

No, you can reset your Astral Points by visiting an Astral Essence Master (There is one in your Class Town).

This will wipe your Star Maps clean while refunding you ALL of your points.

How can I access my Astral Essence Star Map?

You can access your Astral Essence Star Map with the Hotkey N at around Level 13 Beginner after you complete the necessary Class-based storyline.

Below are examples of the Alpha Version of Astral Essence Star Maps for each Class & Spec. They are all different while the passives & actives you can obtain are the same divided into 4 different roles.

No, bonuses provided by Astral Essence is purely only for PVE content. The star maps will be disabled in any form of PVP, including and not limited to duels, arenas and open world PVP.

What kind of bonuses will I get?

While, each spec and class will have very similar stat bonuses if not the same.

The normal “Dots” in between the Named Dots are categorized in 5 different Essences.

While the big Named Dots with be an passive exclusive passive benefit.

I have summarized below each Spec’s Big Name Dots below. 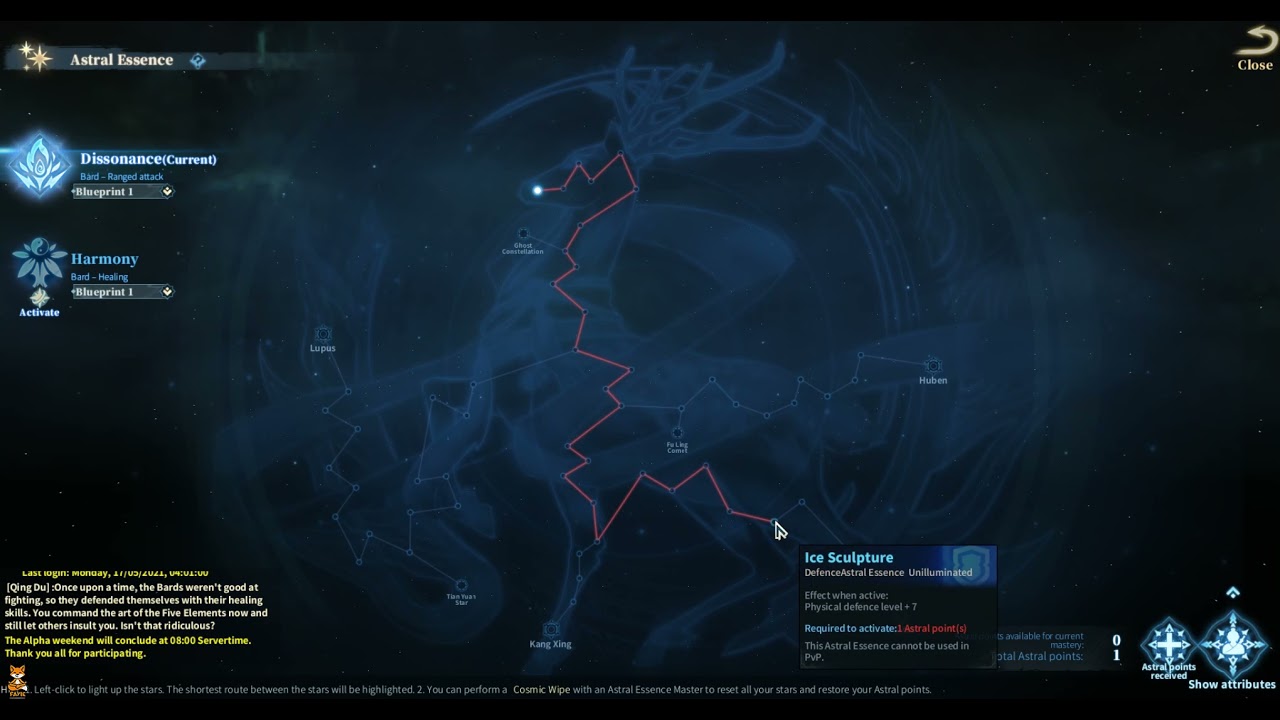 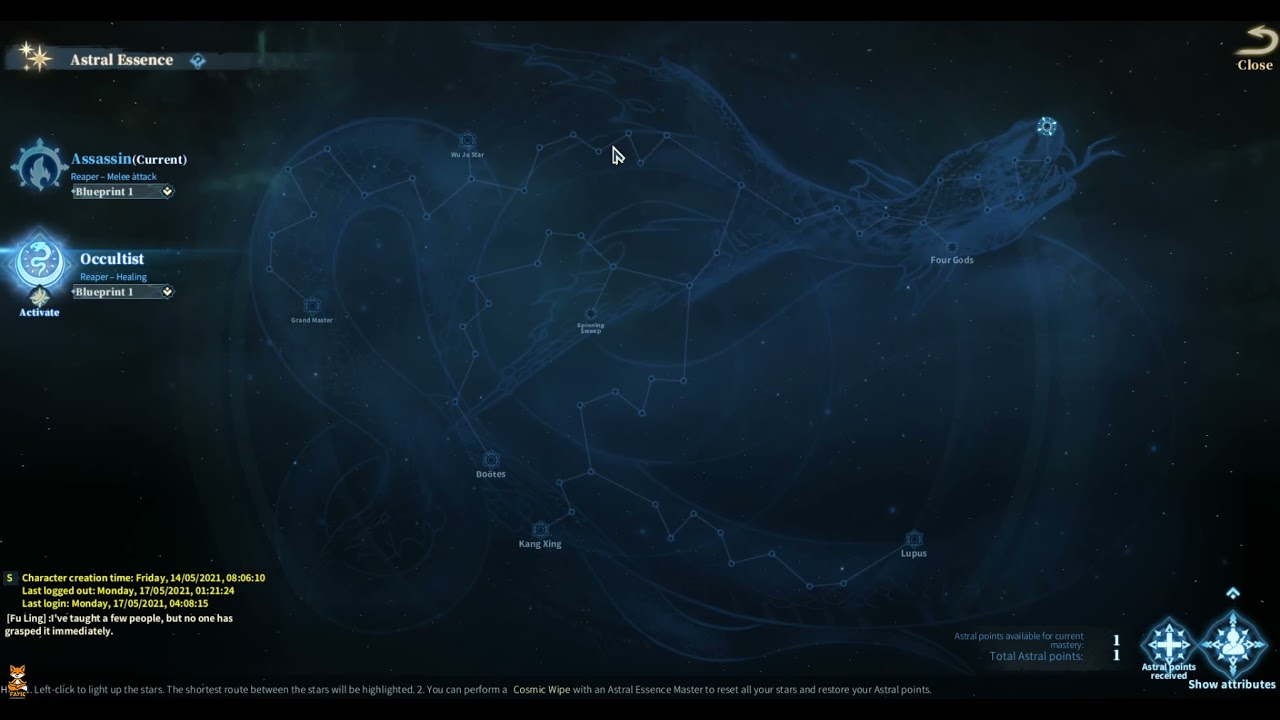 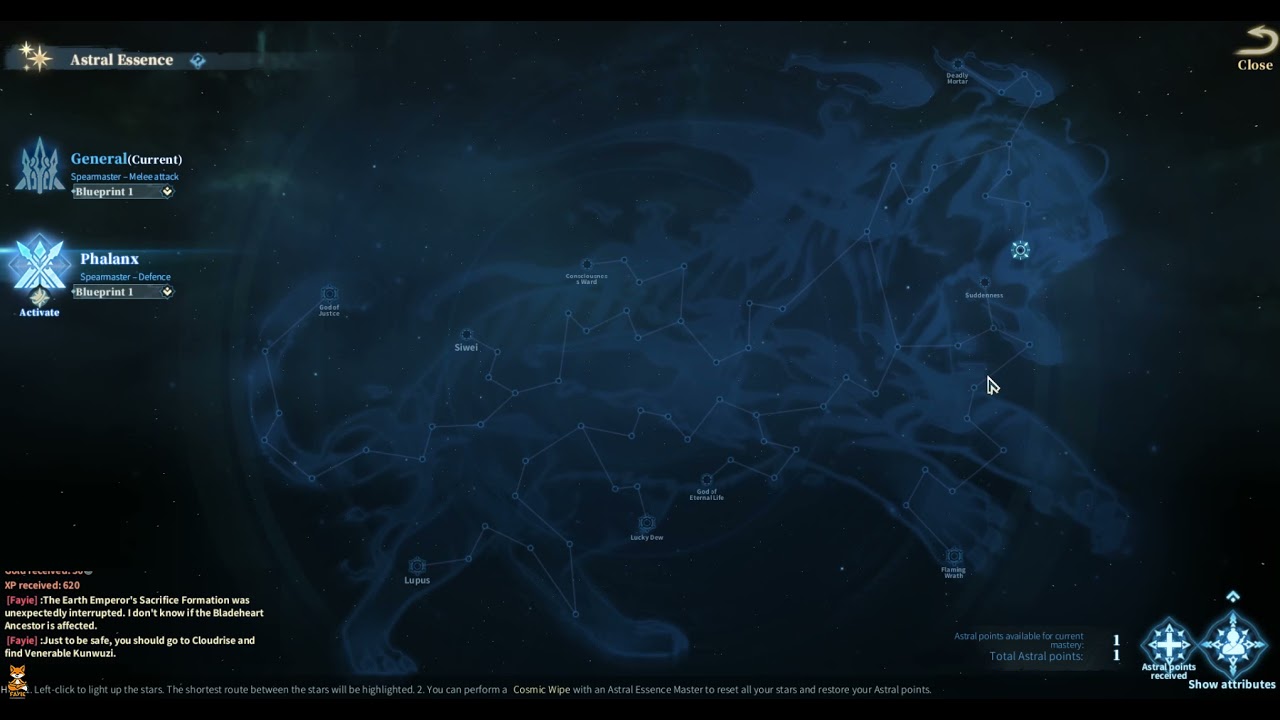 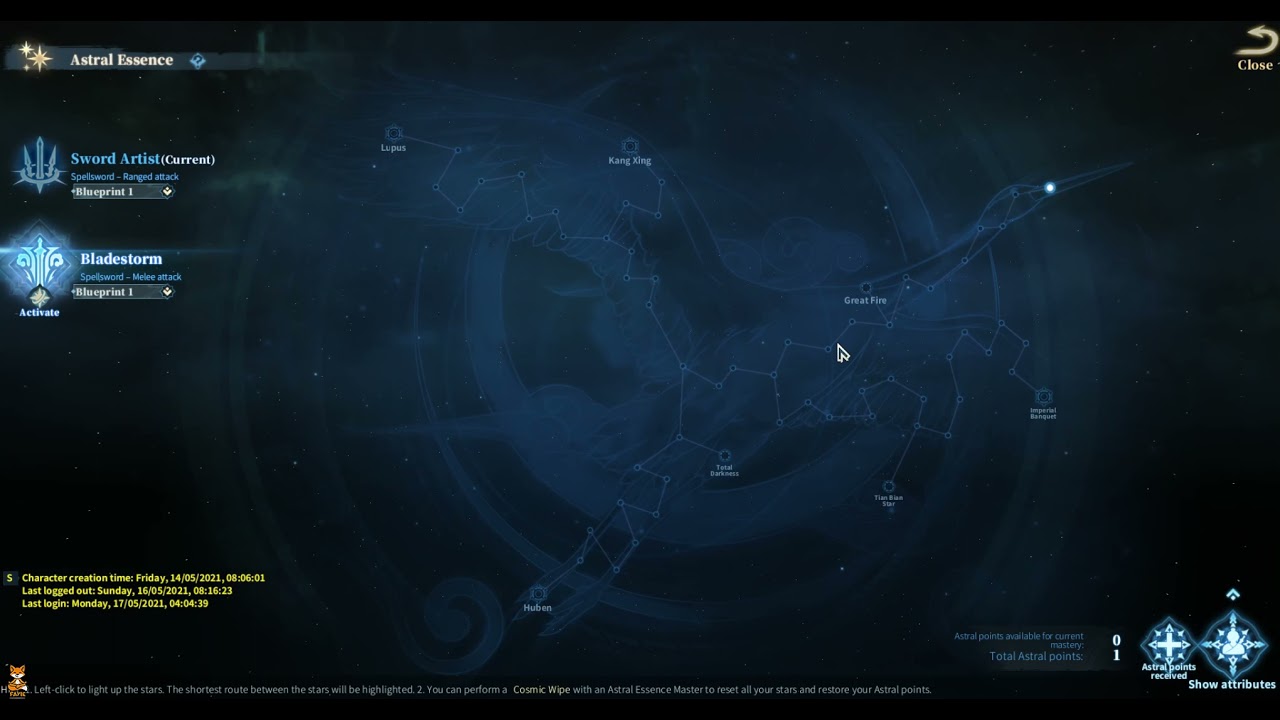